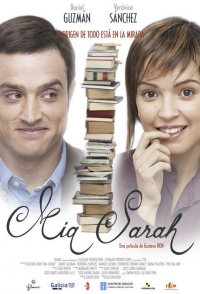 In the half-light of a an old stately home, Samuel Davila and his grandfather Paul, once a revered writer, create schemes to repel the latest in a long line of psychologists come to cure the grandson of his severe agoraphobia: some delicious biscuits with added spice, a refreshing glass of water with added laxative Marina, Samuels older sister, has been looking after this small family since the death of her parents three years earlier. This was almost certainly the cause of Samuels agoraphobia. Then Gabriel, Samuels latest psychologist, enters their lives Gabriel is a happy person because he knows nothing better in life. Only once has he had a girlfriend, who left him to marry a whale psychologist and who now calls him every night to ask for his advice about her marriage. For Gabriel, this is not such a bad thing, he considers it part of his everyday routine. He has become accustomed to living his life with the assumption that true happiness is for others, and not for him. But sometimes...