Midnight Movies: From the Margin to the Mainstream ratings (Movie, 2005) 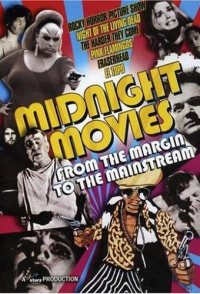 Midnight Movies: From the Margin to the Mainstream tells the hidden history of these landmark films, El Topo (1970), Night of the Living Dead (1968), The Harder They Come (1973), Pink Flamingos (1972), The Rocky Horror Picture Show (1975), and Eraserhead (1977). The documentary includes in-depth interviews with the directors, producers, writers and actors who were part of these low-budget, yet monumental productions, the exhibitors and distributors who played them, and the audiences who viewed them.