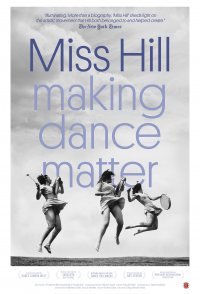 Miss Hill: Making Dance Matter tells the inspiring and largely unknown story of a woman whose life was defined by her love for dance. Martha Hill emerges as dance's secret weapon, someone who fought against great odds to establish dance as a legitimate art form in America. Through archival footage, lively interviews with friends and intimates, and rare footage of the spirited subject, the film explores Hills's arduous path from a Bible Belt childhood in Ohio to the halls of academe at NYU and Bennington College to a position of power and influence as Juilliard's founding director of dance (1952-1985). Peppered with anecdotal material delivered by dance notables who knew her, this revelatory story depicts her struggles and successes, including the battle royal that accompanied her move to the Lincoln Center campus.