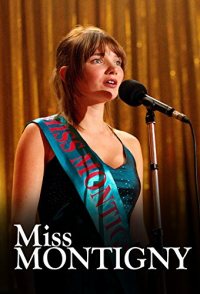 In a small town in Belgium's so-called "black country", where the coal mines closed twenty years ago, 19-year-old Sandrine promotes cheese at the local supermarket by day and does manicures at night. She's long had a dream of opening her own beauty salon. Her mother Anna is fully supportive: she feels that her own life has been a failure and she wants Sandrine's to succeed. One day they hear about a local beauty contest, an event to crown "Miss Montigny". Prodded by her mother, Sandrine enters the contest. She sees it mainly as a way to gain some local recognition and help secure a bank loan for her prospective beauty salon. But Sandrine underestimates the competition she is up against. There's a lot more at stake than a simple sash across a bathing suit...