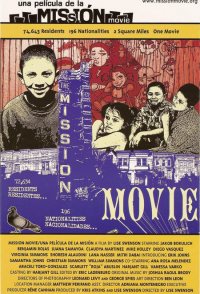 A bilingual film, "Mission Movie/Una Pelicula de la Mision" inspects the themes of territory, diversity, and belonging through the intertwined lives of neighbors in San Francisco's Mission District. Mark, a white, traditionally trained artist, is forced to seek the help of Roger, a Latino artist born and raised in the Mission, to confront a group of kids who have been tagging his mural. Meanwhile, Mark and his troubled hipster roommates amble into activism as they face eviction from their apartment. Also being evicted from the building are Rosario and Rene, recent immigrants whose marriage is tested by their new environment. Antonia, a third-generation resident, finds the fruits of her success making her an "accidental" target. And George, a Palestinian shop-owner struggles as his love for his decidedly American children is challenged by conflicting values. "Mission Movie" depicts the cutting edge of a socio-political change, foreshadowing what will happen in the rest of America, as ...