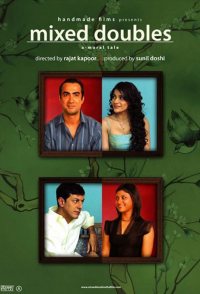 Mumbai-based Sunil Arora is in Marketing, while his wife of 10 years, Malti, is in Sales Division. Both have a son, Avi, who studies in Arya Vidya Mandir. When their U.S-based friends, Shefali and Harsh, come to visit, Sunil finds out the secret behind Harsh's attitude - which is spouse-swapping. He attempts to convince Malti to do the same - in vain initially - but succeeds rather dramatically after a few days. He goes through a number of classified advertisements and subsequently meets a couple, Kalpana and Vinod Khanna. He then convinces his wife to accompany him to their residence - with hopes that this joint meeting will not only spice up but also change their lives forever.