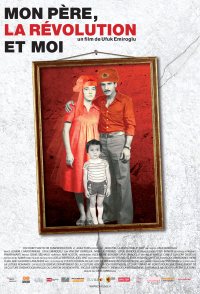 A documentary tragicomedy of a father-daughter relationship, told by the subjective perspective of the young director. She tries to understand how a revolutionary could have become a criminal and an alcoholic, and why he abandoned his family. Freely juggling between documentary, fiction and animation, the director takes us on a journey around the world. The daughter of a former communists visits the ports of the revolt, where communities are trying to realize the concrete utopia.