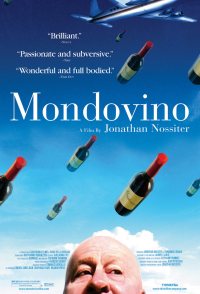 Explores a thesis: that the deep colored, oak-aged taste of Bordeaux wines has become the world standard, following the writing of critic Robert Parker, the magazine "Wine Spectator," the consulting work of Michel Rolland of Pomerol, and the money of Mondavi, a publicly-traded corporation based in Napa with a family history of wine making. Wine makers worldwide, many using Rolland as a consultant, pursue this structure, color, and taste - to the detriment, argue some, of wine that should reflect the character of the land where the grape is grown, including the lighter Burgundy. A few old wine makers, from Aniane, Sardinia, and Argentina offer this argument.