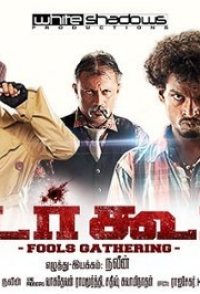 Four penniless, down-and-out youngsters plan to rob the house of a wealthy businessman believing that the family is out on a pilgrimage. But when they break into the house, nothing goes as planned: the family has not left, the businessman is bankrupt, and there is no money or valuables in the house. Suspecting the businessman has hidden his wealth, they take the family hostage and linger on, trying to find the money. Soon a variety of characters congregate to the house, complicating the mess the four youngsters are already in.