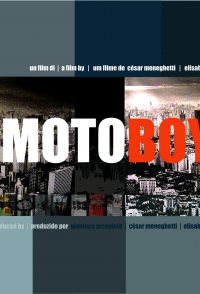 While Sao Paolo celebrates the election victory of Lula, motoboy Ratinho loses his only means of survival. Chaotic traffic and growing unemployment have transformed the job of delivering mail with mopeds into one of the most popular occupations among young people: only in the city of Sao Paolo there are more than 300.000 motoboys. Every day, at least two of them have an accident, leaving on a grey road, the dream of a better future. People think they are stealers, drug addicts, killers. The story of Ratinho, age 23, develops through the testimonies of other motoboys and becomes dreams, fears, dramas and hopes of all.

The King of Kong: A Fistful of Quarters
Total votes: 34,503
Average rating: 8.1
Switch to mobile version