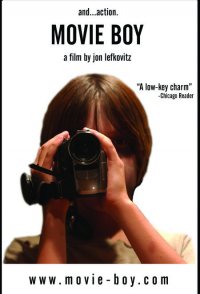 Thirteen-year-old Frank Pollack (Eastman Presser) eats, sleeps, and breathes movies. After receiving a camcorder for his Bar Mitzvah, Frank decides to make his own film, Zombie. "It's not a horror movie," he explains. "It's a murder mystery. It's Hitchcockian." But as Frank labors away on Zombie, he increasingly neglects everything else, including his friends, family, and personal well-being. Featuring music by Ted Leo and the Pharmacists, Movie Boy is a bittersweet coming-of-age story about passion, youth, and the love of movies.