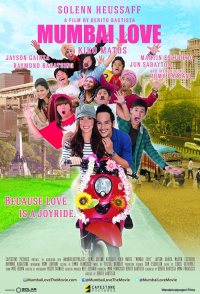 A young but already self-made Indian-Filipino named NANDI knows in his heart that he will find his soul mate in time and through destiny. However, his parents insist that tradition is tradition and that they know who will be best suited for their only son. As much as he loves his parents, Nandi cannot simply comply with this tradition. For him, love is not to be arranged but to be found through the intercession of fate. And fate indeed comes a-knocking when he meets a beautiful free-spirited Filipina in the heart of Mumbai, India by the name of ELLA. But like any other great love story in the history of man, conflicts arise and Nandi and Ella's love for each other is challenged by age-old traditions that are often hard to resist. Will Nandi and Ella's interracial love succeed? Would Nandi disregard his parents' will and pursue what his heart says? Or would he consider letting go of Ella in honor of his people's tradition.