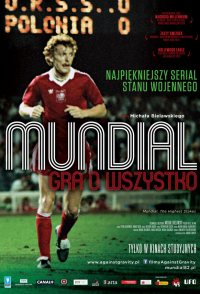 A documentary tale about sport and politics under martial law. All of Poland saw the great goals of Boniek and Smolarek during the Espana '82 championships. For a moment, it was forgotten that the background of the sporting performance was martial law, censorship, an army on the streets, prisons filled with oppositionists. The performance of the players was so successful that it was called "the most beautiful series of martial law". The game is watched by interned activists of "Solidarity", sports journalists and censors, cutting out all manifestations of the opposition from television broadcasts. We also get to know the performance in Spain from the perspective of the players, trying to meet not only their ambitions but also to bear the burden of fans' expectations and regime propaganda.

Where to Invade Next
Total votes: 23,189
Average rating: 7.5
Switch to mobile version