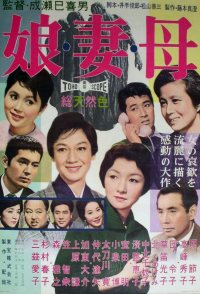 The story of a family in Tokyo who live under the same roof in a large house and include the widowed sixty-year-old mother, older son and his wife, the youngest daughter and the older daughter who, while being married, is experiencing domestic problems and has moved back in. The latter woman's husband soon dies however making the move permanent. With life insurance money flowing in she not only can afford to pay rent, but also loan some cash to her brother who unbeknownst to his mother has taken on a loan from the bank with the house as collateral. The loan was needed as his wife's aunt's factory needs an infusion of funds.