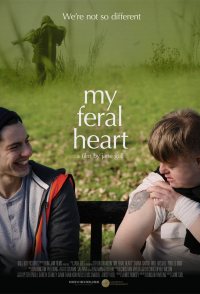 Luke, an independent young man with Down's syndrome, is forced to live in a care home after his elderly mother dies. He struggles to settle there, both frustrated at having his wings clipped by its rules, and unimpressed by his new house mates. His disappointment with his new home soon turns to wonder when Luke discovers a way out and begins to explore the surrounding countryside. When he is caught sneaking out by Pete, a troubled youth who tends the gardens at the home, the two strike up an unlikely rapport: Pete covers for Luke and in return Luke helps Pete clear the garden. On one illicit excursion to the adjoining field Luke discovers a young girl in desperate need of his help.