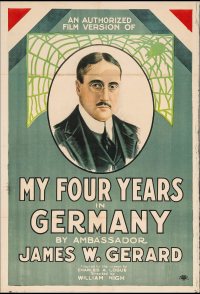 After exhibiting their cruelty through a number of incidents, including one in which a German officer kills a lame shoemaker in Zabern, Germany, the German troops invade Belgium. As World War I progresses, the United States ambassador to Germany, James W. Gerard, witnesses many instances of German subterfuge and cruelty, although he successfully defends the Allies' philosophy in arguments with Kaiser Wilhelm II. In the end, the U.S. joins the Allies in their struggle to defend the cause of freedom.