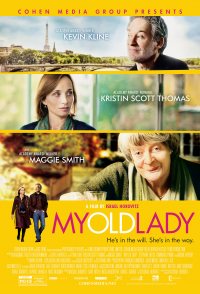 Mathias Gold (Kevin Kline), a penniless fifty-odd-year-old New Yorker, lands in Paris. Cynical, and at the end of his tether, he looks forward to selling the mansion house his late father owned in the Marais district. But what he finds out there just appalls him: his secretive dad had never told him he had acquired the property as a life lease, a typically French custom of which he never heard. As a consequence, not only will poor Mathias be unable to sell the house into cash (at least as long as Mathilde Girard (Dame Maggie Smith) stays alive), but he will have to pay the old lady a pension as part of the bargain.