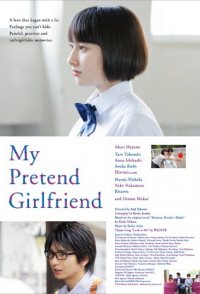 Noboru is a high school student who isn't popular at all. He looks up to senior student Miyazaki who is one of the most popular guys at school. Miyazaki has two girlfriends: Momose and Tetsuko. Momose and Tetsuko have totally different personalities. Momose is bright and Tetsuko is a popular student from a wealthy family. One day, Miyazaki is caught with Momose. To keep his relationship with Tetsuko, Miyazaki asks Noboru and Momose to pretend they are dating. They both agree due to their affections for Miyazaki. Noboru and Momose begin to act like a couple in front others and soon Noboru begins to develop feelings for Momose, who is still in love with Miyazaki.