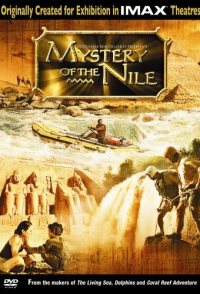 Join a team of explorers on the expedition of a lifetime as they set off to become the first to navigate the Blue Nile from source to sea. The epic 3,260 mile descent down the world's greatest and deadliest river has eluded humankind for centuries - until now! Ride shotgun on the team's 16-foot rafts as they crash through the rapids in Ethiopia's desert canyons. Battle through some of the world's most extreme whitewater rapids with renowned kayaker, Gordon Brown. Over the arduous, four month journey, the team faces nearly in-surmountable challenges - from crocodile attacks to armed bandits and arrests. Through breathtaking cinematography, Mystery of the Nile reveals a wondrous region and abundant treasures, from Tissisat Falls and the wonders of Egypt to the forgotten black pyramids of Meroe and 12th century churches that were carved into sheer rock.