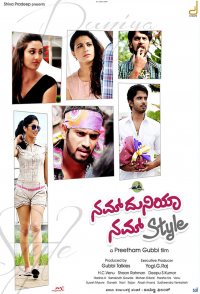 The story is about three friends - Preetham (Likhith Shetty), Yogi (Krishna) and Umesh Shetty (Vinayak Joshi). Yogi and Umesh accompany Preetham to meet his girlfriend Maya ( Soniya Gowda) in Malaysia. But he is surprised to see her in the close company of another boy Paul Mathew, a local resident. Disappointed with Maya's attitude, Preetham decides to return to India. The director gives a twist to the story here with Preetham getting engaged to Milana (Milana Nagaraj). Milana too likes him but Preetham has his reservations for her. Meantime, Yogi and Umesh succeed in finding their partners in Radha (Kavya Shetty), a yoga teacher, and Liky, a Chinese salesgirl, respectively. While yoga teacher refuses to accompany Yogi to India, the Chinese salesgirl is found dead in an accident. But the director gives a happy ending to the story.