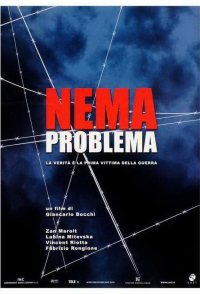 Lorenzi, a war correspondent, ventures with a local translator, Aldo Puhar, into Balkan territory being fought over by various warring factions, to discover the identity of "Commander Jako", who is believed to be responsible for the disappearance of an entire convoy of refugees. By necessity of circumstance, they are joined by two young people, Maxime, an idealistic rookie journalist, and Sanja, a local girl desperately trying to find her missing relatives. Lorenzi, unable to find Jako, invents news stories in order to enhance his reputation as a war correspondent. This incites the indignation of Sanja and Maxime. Unbeknownst to Lorenzi and Aldo, Maxime will use the information confided to him by Sanja for his television report. With luck, the four manage to enter Vaku, a city under siege. Despite having lived through dangers and vicissitudes together, the four are now irretrievably divided by misunderstandings and suspicion towards one another. Maxime will discover that the way he ...