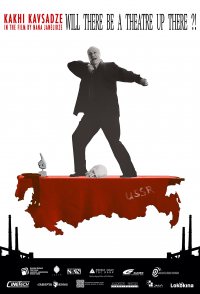 The main character of the film is one of the most popular Georgian actors - Kakhi Kavsadze, but film is not about just an actor. The film depicts the chronicle of a big family - Kavsadzes - family of great folk singers and their life ordeal, which reflects the lives of millions who lived in former USSR. These people participated in the World War II; captured in concentration camps of Nazi Germany and afterwords in concentration camps of USSR. Despite of tragic fate Kakhi became a great actor and now he is loved and well known not only in Georgia but beyond its borders. His love story is also full of romantic and dramatic details and is known in Georgia as the Legend of Love and Loyalty.