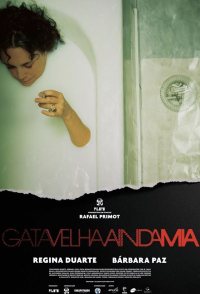 Gloria Polk, a decadent and bitter writer, finally decides to give an interview to Carol, a young journalist who lives in the same apartment building. Gloria talks about her decision to go back to writing after a long break. The story is one of female drama that gradually transforms into an unusual thriller. The story discusses the insane creative process of writers, starring Brazil's most-widely acclaimed actress Regina Duarte in the lead role who coincidentally will be celebrating her 50th year in TV and film this year.