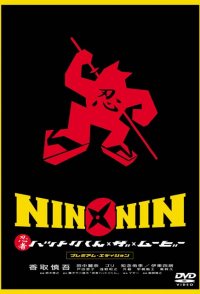 Kanzo Hattori, an apprentice Ninja, leaves his home town of Iga for his final training. He must go to the city of Edo (Tokyo), and the first person he meets shall be his master, whom he must protect with his life, whilst upholding the ninja code. Also while in Edo, Hattori must find out why their rivals, the Koga Ninjas, are flourishing while the Iga Ninjas are dying out. Hattori's master is Kenichi, a 9 year old boy. Kenichi is an introvert and not very popular boy, so he never plays with the other children from school. Kenichi also has a secret crush on a young lady called Midori, yet he's too shy to speak to her. Though as he watches Hattori trying his best, he too begins to try. Meanwhile, people are being found unconscious, their bodies completely unmarked. All the victims have a tattoo (the Koga Ninja crest) and are found with a throwing knife lying close by.