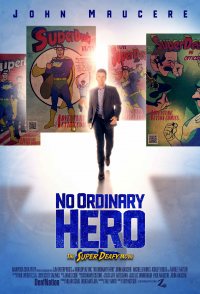 Tony Kane plays a superhero on TV, but in real life he's just another guy who happens to be deaf, with hopes and dreams that always seem to elude him. Eight-year-old Jacob Lang, also deaf, is having a hard time in school, where he is torn between what his father thinks is "normal" and an education using sign language promoted by his mother. When Tony and Jacob's paths cross, they inspire belief in each other and in themselves. And when Tony meets Jacob's teacher, Jenny, a romance blossoms that suddenly makes Tony feel like he can do anything... even things he never dreamed was possible. In this first installment of SuperDeafy the Movie, we meet the man behind the superhero -- the man for whom everything has always felt just a little bit out of reach. But that's all about to change.