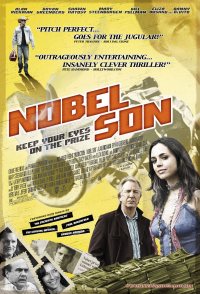 Barkley Michaelson is in a deep life rut. He's struggling to finish his PhD thesis when his father, the learned Eli Michaelson, wins the Nobel Prize for Chemistry. Barkley and his mother, Sarah, a renowned forensic psychiatrist, now have the ill-fortune of living with a man-eating monster whose philandering ways have gotten less and less discrete. As if Barkley's world is not bad enough, on the eve of his father receiving the Nobel, Barkley is kidnapped and the requested ransom is the $2,000,000 in Nobel prize money. Needless to say, Eli refuses to pay it and so starts a venomous tale of familial dysfunction, lust, betrayal and ultimately revenge. In the words of Michel De Montaigne, the 16th century philosopher: "There is more barbarity in eating a man alive than in eating him dead."