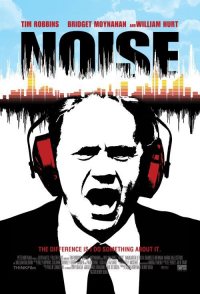 In long flashbacks, David Owen looks back to when he lived in Manhattan with his wife and baby. The unnecessary noises of the city interrupt his life to the point that he takes a baseball bat to the windshield of cars whose alarms are blaring. After a few arrests, his wife kicks him out. On his own, he learns to avoid arrest and leaves a calling card as "The Rectifier" when he breaks into an offending car. Gruska, an enterprising young reporter, tracks him down. He tells her his story, they become lovers, and she organizes a petition drive for a ballot initiative to ban car alarms. The mayor becomes the Rectifier's bête noire. Can David fight City Hall and win?