Not in Our Neighborhood ratings (Movie, 2014) 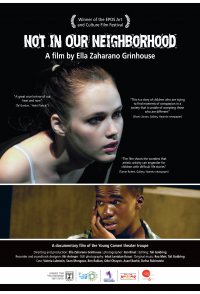 Sean, Valeria, Odel and Asael are teenagers who are trapped in the stereotypes ordained for them by Israeli society. A major educational project allows them to show a play that is based on their personal lives and attempts to provide them a gateway and a stage. During the composition of the play, they find that both their homes and the educational project, however laden with good will and intentions, are not really able to look beyond the stereotypes themselves. This is the story of children who are trying to seize as many moments of grace as they can from a society whose members are unable to accept people who are different.