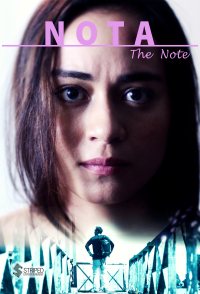 Kamal and Erin, a couple facing midlife crisis after prolonged lack of real communication, caused by years of failure at trying to have a baby. On their 10th year anniversary, they decide to have a trip to Bako National Park where they had their trip over 10 years ago to reignite their bond of love and marriage.On their way to Bako, Erin inadvertently discovers that Kamal is drafting a note that implies he is planning to end it all. Shocked, she starts feeling sorry for Kamal and also feels guilty about the situation. But later she finds out Kamal's secret, that makes her infuriated and upset, so she begins to plan the perfect murder, using his note as strong evidence of his death. Her plans goes awry, once a local Sarawakian, Jemat, their boatman to the isolated National Park comes into the picture...