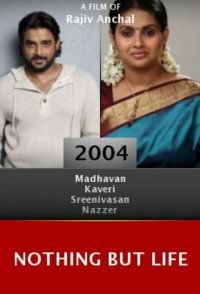 Rajiv Anchal's "Life in Las Vegas", portrays East Indians living in the U.S. but these characters stand as a metaphor for the greater search of the human spirit. Two young men, Roby and Johnny, work at a Casino in Las Vegas. They share a dream of saving enough money in order to return to their native country and live comfortably from their American earnings. Roby's materialistic search only leads him to spiritual emptiness. His girlfriend Vandana brings a psychiatrist, Dr. Maddy and a friend, Colonel Abdulla, into his life. In a humorous way they enlighten him to find value and the true purpose of his life.