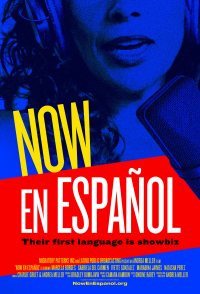 Beyond the cameras and glamour of Hollywood, five Latina actresses travel daily to a dark studio in Burbank, California to dub "Desperate Housewives" and other tv shows into Spanish for a new American audience. These dynamic women struggle to pursue their Hollywood careers while balancing the responsibilities of making rent and raising children - surviving but with their dreams always out of reach. As they confront an industry that offers few balanced or compelling roles, their elusive success reveals the persistent inequities of Latino representation in American media. NOW EN ESPAÑOL is an engaging and intimate portrait of these five gutsy Latinas as they follow their dreams against all odds.