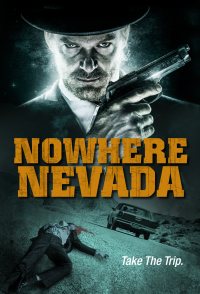 T.J. is an early 20s well-meaning street hustler simply trying to find his way. Disillusioned with conventional authority and employment methods, awash with drug money and nowhere to spend it, trouble was inevitable. When T.J. runs an errand for his boss he meets exotic dancer Christy at 'Sweaty Nights', a strip club owned by his boss and her boyfriend - local drug dealer "K". Things begin to unravel when T.J. is given a task to pick up and deliver some mysterious, bulky envelopes. As he genuinely tries to accomplish these tasks, he's quickly led astray through a series of strange, distracting and at times disturbing interactions with local underground street characters. When Christy gets fired for fighting with fellow exotic dancer Rita, who has been not-so-secretly sleeping with K, they team up and hit the road! Finding the envelopes contain both money and "space-coke" (methamphetamine) and hit the road in this musically powered thrill-ride across the northern Silver State. This ...