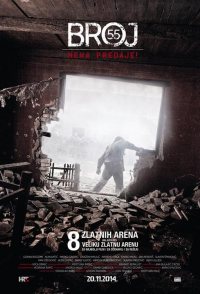 In the autumn of 1991, a small group of Croatian soldiers go on patrol in an improvised armored vehicle. Soon after that they would get ambushed and their vehicle would get destroyed, in that situation they were forced to hide in a nearby house. Whilst stationed in that house they would get attacked by rebel Serbs, Serbian Special Forces and the JNA (Yugoslav People's Army, also reffered to as Yugoslavian National Army). Their resistance to the attackers would last 24 hours whilst their fellow combatants would attempt to try and get them out of there. The movie and story is based on true events which happened during the Croatian War of Independence.