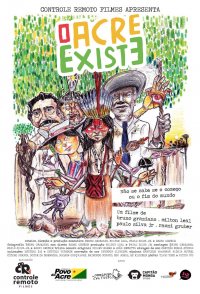 Four lads born and raised in São Paulo set off to Amazon-based state of Acre. The movie brings up a contemporary picture of the local "acreano" people and its culture. As a classic road movie, it steps in a journey that wraps up genuine characters with iconic scenarios. As a result, the content shows things from the state history to the Santo Daime ceremony, passing through indigenous tribes and the outstanding lessons given by the prominent enviromentalist Chico Mendes, as well as the "Rubber Soldiers" and Acre in its current days. The documentary emphasizes this mutual finding between the ones that arrive there and the ones that already live there.