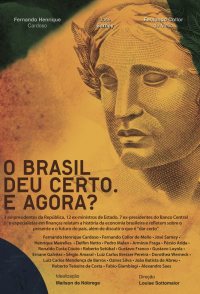 3 ex-presidents of Brazil, 12 ex-ministers of State, 7 ex-governors of the Central Bank, bank owners and finance specialists tell the Brazilian economic history and speculate about the present and the future of the country. 125 years ago Brazil was a poor country with slavery. 60 years ago 50% of Brazilians were illiterate. 25 years ago inflation rate reached 84% a month and 35% of the population was extremely poor. In 2013, Brazil ranks the seventh world's largest economy, inflation reached 5,4% a year, poverty was reduced to 12% and the country is looking forward to be wealthy. Will it happen? Agile cutting, simple language and smart graphic arts allow the answer to this and other questions to be interesting and available to all audiences.