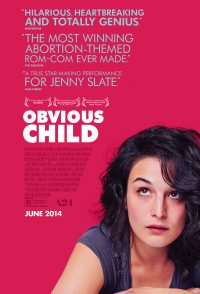 For aspiring comedian Donna Stern, everyday life as a female twenty-something provides ample material for her relatable brand of humor. On stage, Donna is unapologetically herself, joking about topics as intimate as her sex life and as crude as her day-old underwear. But when Donna winds up unexpectedly pregnant after a one-night stand, she is forced to face the uncomfortable realities of independent womanhood for the first time. Donna's drunken hookup - and epic lapse in prophylactic judgment - turns out to be the beginning of an unplanned journey of self-discovery and empowerment.