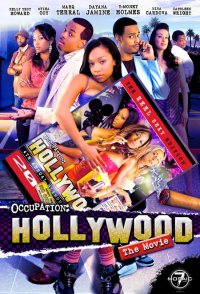 An aspiring model named DJ Somers is trying to make it in Hollywood like so many other young hopefuls in Los Angeles. She works part time in a beauty shop to keep the bills paid because she is not at the point in her career to be a full-time model/actress. DJ is in pursuit to get the attention of MO, so that she can possibly get signed to his popular model promotion company, MO GIRLS. She meets a guy named Downtown Jay Brown who claims to know MO and offers a helping hand. However, this proves to be somewhat of a difficult task, as MO has ambitions and issues of his own to deal with. MO has been trying for years to befriend and work with Big Showtime, the industry feared television mogul who is infamous for his barbaric and gangster ways. MO becomes the center link of the story as he struggles in his relationship with his wife Lisa due to his lifestyle and the obvious fact that he manages beautiful models as an occupation. Not only does MO have his personal issues to deal with, but he...