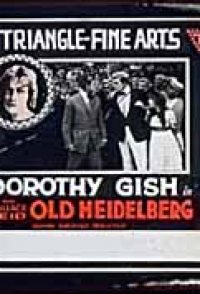 Karl Heinrich is the heir to the throne of the small European principality of Rutania, but he's a lonely child, not allowed to play with other children and knowing little about life outside the castle. When he reaches college age he is sent to attend the University of Heidelberg, and really starts to enjoy himself for the first time, even falling in love with Kathie, his only friend during childhood and the niece of an innkeeper. However, political turmoil in Rutania forces him to return. He finds that the only way out of declaring war on a neighboring country would be to marry the daughter of its king--but that would require giving up Kathie, the only woman he's ever loved.