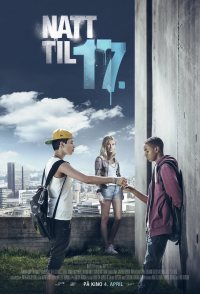 On the Eve of The Norwegian Day of Liberation - a whole nation is gearing up to get drunk and disorderly. Sam and Amir, two 15 year-old boys, have decided their night is going to be an epic. The boys have known each other almost all their lives, and are closer than brothers. But the next 24 hours will test the bonds of brotherhood. Sam has fallen for Thea, Amir's ex-girlfriend. He knows he has to tell Amir, but doesn't know how. When Sam finally summons up the courage to confess, Amir's reaction is far worse than he could ever have imagined. The long night turns into chaos as Amir embarks on a revenge-fuelled journey of violence and destruction. Can Sam and Amir forgive each other or is this the end of their friendship?