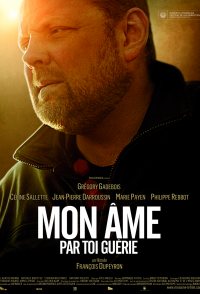 ,"Mon Ame Par Toi Guérie" depicts harsh living on the fringes of society : people in their mobile homes ,often on the dole ,whose only solace is fishing (for the father) or exchanging blue jokes with his pals in the bistro (the son). A guy ,Fredi, whose mom has just died,is told by his dad that her gift (she was a healer)has been passed down to him. Fredi does not care about his so called gift till one night when he knocks down a little boy on his motorcycle .