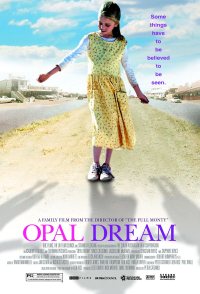 A young Australian girl living in a small rural mining town prefers the company of her two imaginary friends, Pobby and Dingan, to real children. She ends up looking awkward during social gatherings and her only tangible friend is her older brother, Ashmol, who finds Pobby and Dingan annoying and often makes fun of them because he's embarrassed by his sister's behavior. Kelly-Anne's and Ashmol's father is an opal miner trying to earn a living, and their mother is busy trying to fit in as a member of the community. Both parents agree that it's time for Kelly-Ann to move on and leave her fantasy world behind - but when they force her to grow up too fast with a hasty decision, Pobby and Dingan are killed and Kelly-Ann falls into a grief-stricken illness. The only one who can set things right is Ashmol.