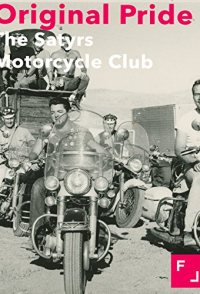 The year was 1954. Stanley Kramer's stylized film portrayal of America's rebellious youth, The Wild Ones, the original motorcycle movie featuring leather-clad icon Marlon Brando, splashed across the silver screen. Americans were healing from the scars of World War II, and gay veterans were exploring ways to covertly meet other masculine men. The Satyrs Motorcycle Club of Los Angeles was there at the beginning of this new era. It was the start of a gay motorcycle club revolution which influenced the creation of other clubs across the nation. This emerging club culture was the means to an end for meeting and socializing with other gay leather-motorcycle buddies. "Original Pride" is a journey into the legendary Satyrs Motorcycle Club and offers a look at the men who were there and frames their stories, memories and influences on the leather community. Archive footage and vintage photographs reveal how these men shaped gay culture. In addition, it examines how the ever-changing ...