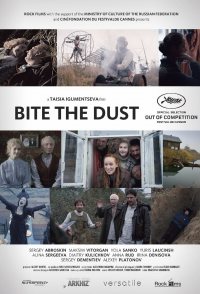 A village so small all the residents not only knows each other, but also can easily recognize the neighbor's cow face a frightful news. It was announced on TV that the most powerful coronal mass ejection in the Earth's history would take place. Humankind has only 24 hours left. The world runs mad in different ways getting ready for the apocalypse, and a unique local scenario of waving the life goodbye is inverted in the village. Tables are put together, pies are baked, and some gather strength and courage to make the most important decisions of their lives... But what about the doomsday? It just doesn't arrive. Oops, got it wrong! The situation is heating up. Everybody realize they can't go on as they did before.