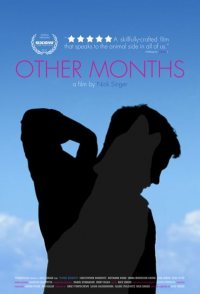 Nash spends a year drawing into himself, becoming troubled by his work and disillusioned with his romantic prospects--until a return home forces him to confront his inertia. Through pulsing dance floors, flooded basements, and strangers' embraces, OTHER MONTHS takes the audience on Nash's journey of restraint and release. A character study, a visual poem, a headspace, and a feature film, OTHER MONTHS is broken into three parts, each section correlating to a different time of year in tone, setting, and theme. Moving to the beat of its images as much as its plot, the film operates on the principle of repetition and variation, tracking the subtle shifts in Nash's static year.