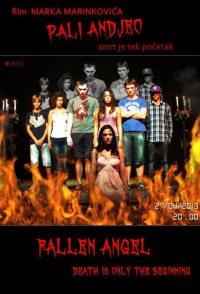 Serbia - Krusevac - 1944. Investigated by high SS officer girl possessed by the fallen angel. Serbian - Krusevac Theatre - 2013. A group of young artists remains locked in the building all night. Without the audience and the actors, the stage is dark, cold, eerie ... There, in the dark, they will be searched for, but they are long lost, they will scream, and their voices will be lost in the silence. With the last flash from their eyes, with the last cry from the soul, they will see a fallen angel. He is the one who invented the game, dictated the rules and determined the one who will survive.