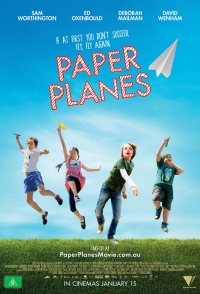 After an unexpected introduction to the world of competitive paper-plane throwing, the timid twelve-year-old, Dylan Weber, finally makes it to the Aussie Junior Championships in Sydney. However, with a resigned father living in the past, Dylan will have to use his resourcefulness to come up with a winning paper-plane model for the World Junior Paper Plane Championship in Tokyo, to compete against skilful and very ambitious contestants. Clearly, at the end of Dylan's great adventure, the only important thing is fighting for what matters in life--and even though winning is something--never giving up is everything.