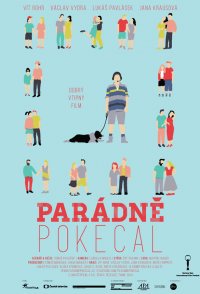 A story of Stepan, who lives his stagnant life without any actual effort to change it. After his third attempt to graduate from university fails and after he is dumped by his girlfriend, he takes shelter in a small town, where he lingers on due to a job in local call-center, he sleeps and eats a lot and his only friend happens to be an ugly dog with a scar under its eye. But everything is to change when Stepan picks up a call in his office and hears the mysterious voice of Marie.