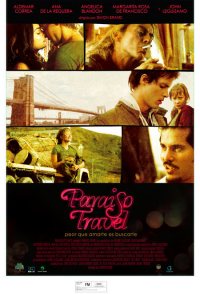 A young seductive woman named Reina, living in Medellin, Colombia, becomes infatuated with finding fortune in New York City. A young man named Marlon desperately falls in love with this rebellious teen. Entangled in her web of fantasies, Marlon has no other choice but to blindly follow her imposing lead. Driven by their will to reach their dreamland, the two embark on the brutal exodus of the Latin-American immigrants who cross illegally through Mexico. This adventure in narrated by Marlon on his voyage to find his love, his heroine, his Reina. The couple got separated upon arrival in New York and Marlon fueled only by the power of love has been through hell and back trying to find her. This is his story.