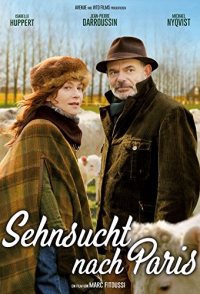 Brigitte and Xavier are a couple of cattle farmers living and working together in Normandy. They have always got on well but now that their two children have left the household, routine and weariness have set in. One night, Brigitte, who has been invited to a party by a group of Parisians in the house next to their farm, lets herself be wooed by Stan, a witty, cool attractive young man. Some time later, giving a visit to a dermatologist as an excuse, she goes to Paris to meet him. But things do not go according to plan.