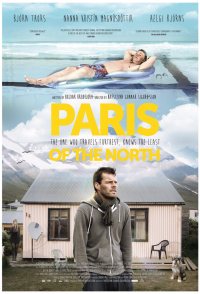 Hugi is a teacher in a small and remote village in the east of iceland (population 169). He is quite content by himself among the mountains, which surround the quite village where hardly anyone walks the streets. But has he withdrawn too far? When Hugi receives a phone call from his estranged father announcing his arrival he is not too pleased. But after consulting with his AA-sponser, Hugi, decides to welcome him. Something he immediately regrets.